No one is immune to rumours and misinformation. Neither higher education nor the social bubble of a bigger city helps. T-Mobile showed this to roughly 20,000 people directly and another 5 million or so through media coverage in the Truth or Fake? campaign. We used a popular, yet simple, interactive Facebook test format that was completed by more than 20,000 people, even several schools. 8,601 respondents even provided their socio-demographic data for anonymous analysis. We then explained the basics of verifying information and critical thinking to everyone who took the test. 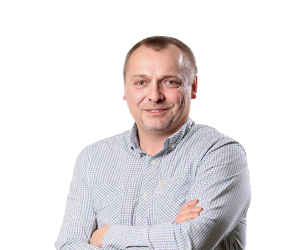 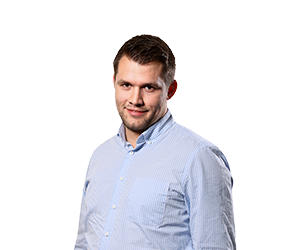 The aim of the project was to contribute to information and media literacy and at the same time to spread awareness of the fact that the T-Mobile Helping grant call can provide money for projects in this area. The target groups were therefore the non-profit sector, active fighters against fake news and the general public.

At the same time, we were tasked by the client to ensure that the project had added value - that its participants would learn basic information on how to properly verify information from the media and social networks. And to spread this message to as many people as possible.

Many surveys have appeared in recent years about the Czech population's ability to distinguish truth from fake news. We could have distinguished ourselves either by an unconventional view and approach or by a massive amount of data. Combination of both was used. Engaging story was created through cooperation with doc. Petr Janeček from the Faculty of Arts at Charles University, a popular collector of urban legends and author of a number of books on the subject. We created a battery of stories, new and old, truthful, though unbelievable, and also provable lies. For the data part of the project, Josef Šlerka has helped - a well-known data analyst from the New Media Studies at Charles University.

The innovation was an unconventional style of collecting a large sample of data through an online test on Facebook. We first tried the test on a small sample at the TEDx Prague conference (offline). Since the results were surprisingly poor in terms of the ability to distinguish truth from falsehood, we decided to test a larger part of the population. We leveraged the organic potential of Facebook's popular fun tests and polls. Immediately after launch, the test saw high virality - not only among those interested in the issue, but also among journalists. Schools also showed interest in the test, some of them completed the tests in bulk and then emailed their pupils' results in aggregate. And at the end of the test, we presented the participants with useful information about critical thinking.

The results of this unconventional survey clearly showed that the ability of people to distinguosh between truth or fake news is very poor. Resluts have been distributed in the form of a press release and a creative package (with "miracle" products) to journalists and other media stakeholders. 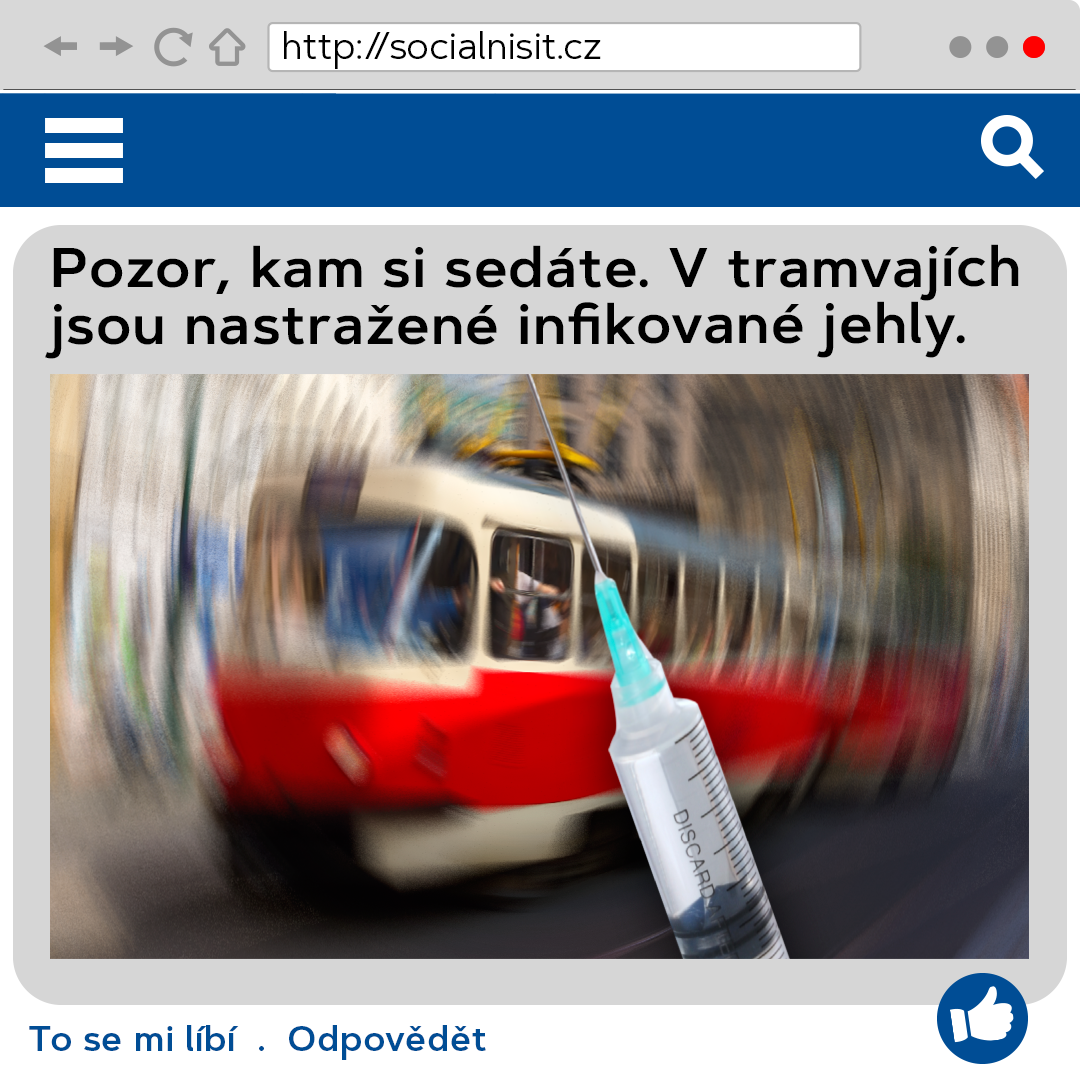 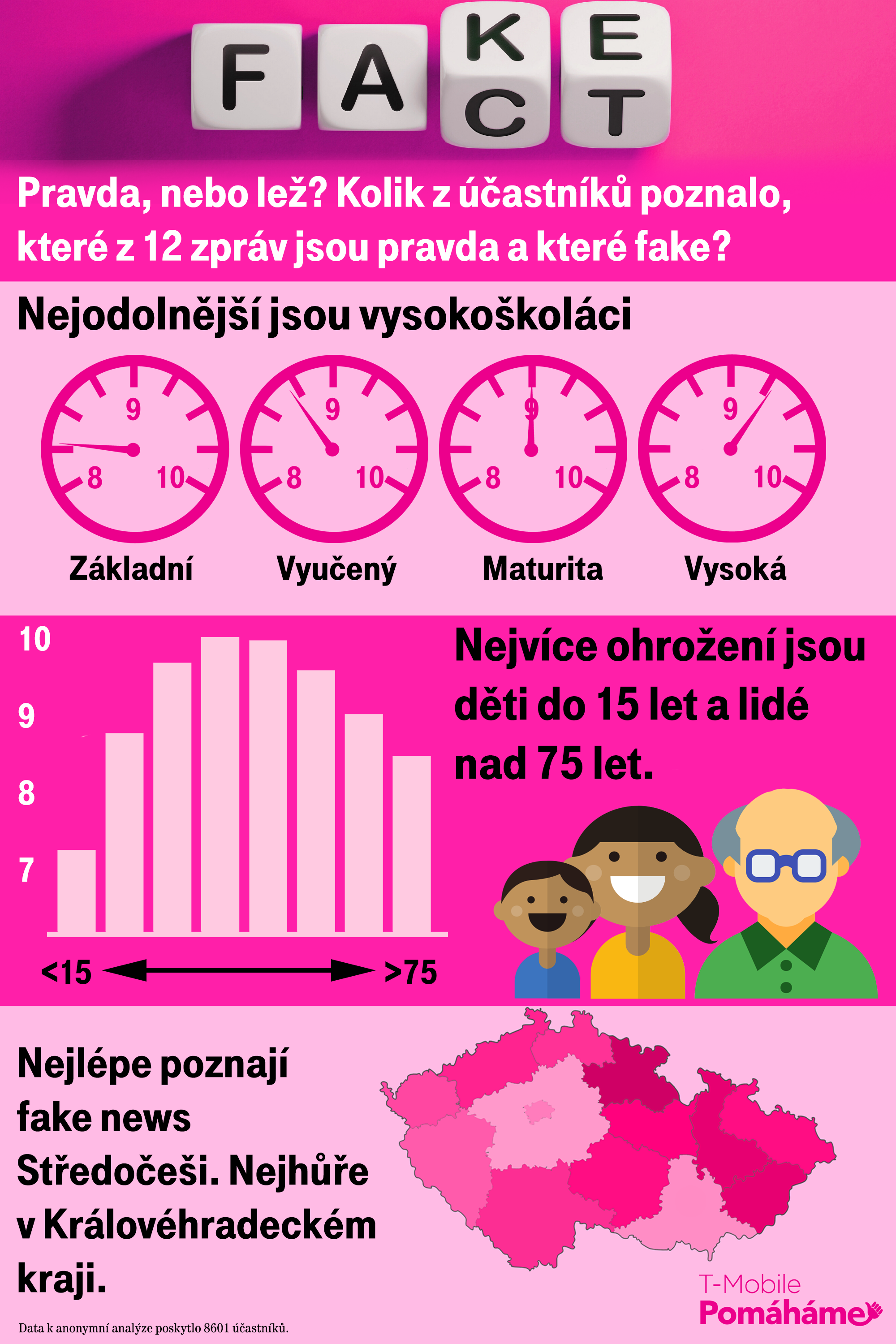